How I got Involved with Roscommon Civil Defence 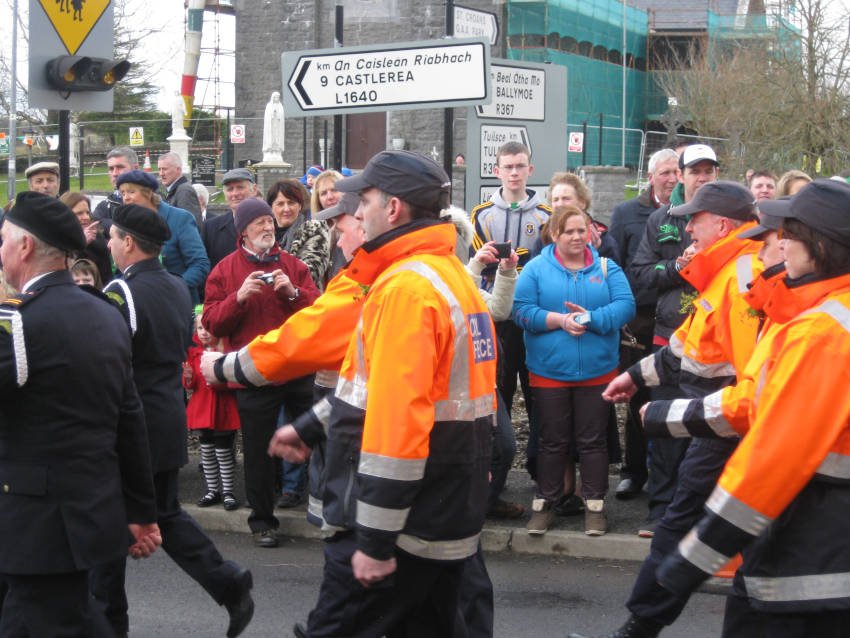 I am a member of the Roscommon Civil Defence. I joined in 2012. I was interested in joining for years but never had the time due to my playing career and 8 years in Dublin and 4 years in England. My brother Paul was a member years ago but sure to circumstances had to leave Roscommon Civil Defence.
While in England I did a course In sports injuries and I worked as Team Sports Therapist for Frampton Cotterell RFC 2nd team. While I was studying the course it was like an internship with the club and I was shadowing the first team physio Adam Page for 1 game every month. And with the 2nds for the other games each month. 1st and 2nd team games were at the same time every Saturday when I was with the 2nd team and the 1st team physio Adam Page was with the 1st team we would call each other or meet up on a Sunday and we discuss the injuries we treated. I learn from him and he and he says yes you did that right well done. And if the player had that injury this is how you would treat the injury. I enjoyed the course.
The theory exams were done online and I got a distinction the practicals was the best part as that took place in the reck, yes that’s right, Bath rugby’s home stadium. It was a day long. It was a great day. In fact, i was the only person from outside the club that did the practicals there. The rest were coaches and players. In the end, there were practical exams and a written exam on the practical course I did. And I got. A pass with a distinction I let the club and it was official, myself and Adam were the medical team for the 1st team 2nd team and 3rd team. I was with the club for 3 seasons and loved every minute of it. It wasn’t just a rugby club, it was a family, we looked out for each other a community. When I left to come back to Ireland they gave me a club jersey signed by everyone. It was during those 3 years with the club that I found what I really wanted to do in. Life….be a Sports Therapist.
When I came back to Ireland I did more courses and started working with clubs at underage and adult level. Hurling, Football, Soccer, Rugby. Doing Sports Therapy for charity sports events such things like the Annual Cuisle Fun Run and Child Aid Cycle. Years before this I did a First Aid For Sport. I did it as I love sport but never thought I would seriously use it. Neither did I think it would lead me down the road where I could earn money by doing something I love. 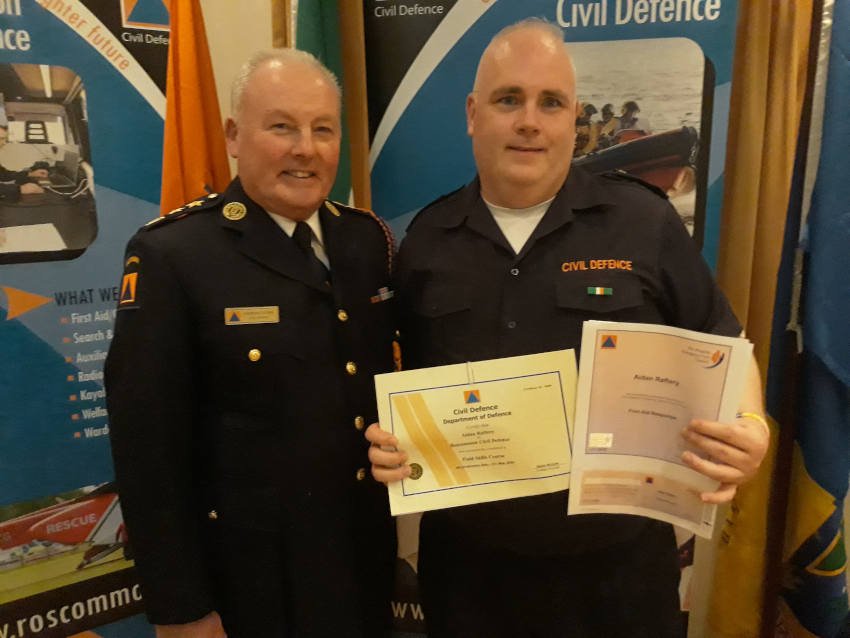 Roscommon Civil Defence-what I Love About it

One day I was doing Sports Therapy for a club I was working for and the Civil Defence were at it. After the game, I spoke to them and they told me a lot. I knew a bit from when my brother was in it but I wasn’t aware of the opportunities available and what a person can achieve and learn so I asked about joining Roscommon Civil Defence and they gave me an email address for Ray Dunne. I emailed him and a few days later he replied and asked me to meet him in his office to sort out paperwork like Garda vetting and registration forms etc. Then he said about the uniform etc and when classes would be starting up so I attended the first night met the people learned about the different departments or sections they have I became hooked, to coin a phrase from a del boy from only fools and horses….that is a bit of me. The first course I did was CPR and coronary First Responder (using a defibrillator) then Occupational First Aid, Manual Handling did those courses both the theory and practical and did the refresher courses to keep up to date with my training. It complimented my work as a Sports Therapist. Roscommon Civil Defence provides the medical back up at sports events like matches at Dr Hyde Park music events, training exercises, searches, doing courses, wearing a lovely uniform with the Ireland flag and marching in the St Patrick’s Day Parade. But what I love the most about being a member of Roscommon Civil Defence and what the meaning of the organisation is helping the public, making a difference to peoples life. Also, Roscommon Civil Defence and the civil defence all around Ireland is not just a voluntary organisation consisting of amazing people, it is a family that comes together to help the public to stay safe at events.
I love doing duties at games, marching in the Ballintubber at Patrick’s Day Parades, we were part of medical back up and security back up in Knock for the visit of the pope in 2018. A low point was when we helped in the search for 3 men from county Down who were in the Athlone area for a weekend fishing trip and were reported missing I was involved in one of the search days and unfortunately, the 3 men were found dead. It was a tough time for everyone involved in the search and our hearts prayers and thoughts went to the family and friends of the deceased men. Members of Roscommon Civil Defence helped out in the flooding in Athleague. I have to say I am very proud to be a volunteer with such a fantastic organisation and also to work with such amazing people. Being a member has enhanced my life and benefitted me as a person in so many ways. This week I and my colleagues passed out the theory and practical tests for First Aid Responder which include CPR and Coronary First Responder (using a Defibrillator). The training we get in Roscommon Civil Defence and civil Defence nationwide is amazing. Next up is Emergency First Responder next year. I am looking forward to the future with Roscommon Civil Defence.