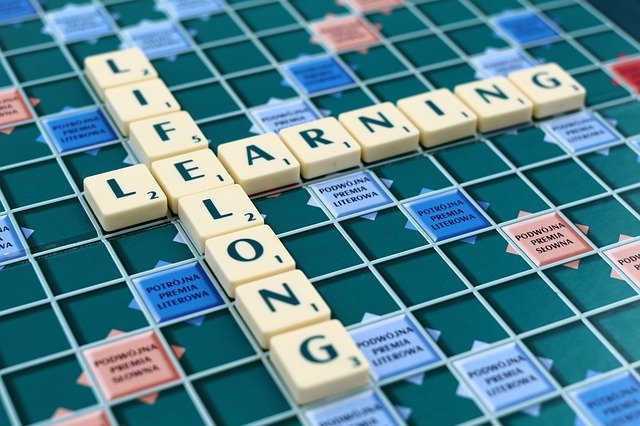 The story of my journey to Qualify as a Sports Therapist, as well as my journey as a Sports Therapist, is, from my point of view a very long and interesting one. The places it has taken me, the coaches I have worked with, the players I worked with, the supporters as well as the people that my whole career revolves around.  The players I have met and treated but not only that, I have to mention the clients and patients I have treated since I qualified. In this blog.

HOW IT ALL BEGAN

It all began when I was working in England where I was working for Royal & Sun Alliance in the Underwriting department. A job I loved as I was in  Customer Service and I loved dealing with people’s queries and solving their problems regarding their car insurance and renewal and any aspect of their policies. At this stage, I was still in my playing days when I moved to England and I played county Junior football for the Gloucestershire county Junior Footballers. We played London in the 1st round of the British Junior Championship and lost so we went into the losers group and we came won the losers group to get back to in the Championship proper again. In the All Britain Semi-final where we played London which was a tough game but after extra time we came out victorious. This meant we played Warwickshire in the All Britain Final. We won the game to become All Britain Champions. As a reward for being All Britain Champions, we got to play Dublin in the All Ireland Semi-Final. There was great positivity among us to host Dublin in the All Ireland Junior Football Semi-Final. We couldn’t wait for the game we got our gear for the game and looked at the match programme and I saw my name on the programme. A treasured keepsake. We lost that day but to be a player involved in an all Ireland Semi-Final against such a great team like Dublin was an amazing experience. We met the Dublin players afterwards, really sound guys. A good few of those Dublin players playing that day were called up to the Dublin senior football panel after that.
I also played rugby for Frampton Cotterell RFC 3rd team a great club. Not only a club but a family with fantastic people in the club. After a period as a player at the club, I had to stop playing due to work reasons. Over a year later a friend of mine, who played for the 2nd team brought me to a game. I asked the manager if there was anything they wanted help with so they said could I do waterboy? I said yes no bother. I enjoyed the game, doing waterboy and the players and manager were sound. They asked me if I wanted to stay involved and I said yes. I said did they have anyone to treat injuries they said no I said oh right. I told them that I did a First Aid for sports injuries course several years ago. The manager asked me if I would be interested in doing First Aid for the 2nd team. I said I would love to but my cert was out of date and if anything happened I wouldn’t be covered either would the club. He said don’t worry about that, I am going to speak to the committee, leave it with me I will get back to you. He did and he said he spoke to the committee and they said you and the first team physio Adam Page look up sports injuries courses, list 3 of the courses and bring the list to me I will discuss it with the committee and they will Pauly for the course. I did that and handed it to the manager and he discussed it with them and they chose Sports Injury’s treatment course. The club was very good to me and very supportive of me doing the course. The arranged an internship with the club where, as part of my training of the course  I would be with the 2nd team for 3 games every month and 1 game shadowing the 1st team Physio Adam Page. I was delighted and thought of the opportunities that this could open for me when qualified. My first priority was doing the study and practical work needed to qualify.

Mental Health in Sport in Ireland

Well, it is great to be back, once again with Manor United 1s team as their 1st team Sports Therapist. We were at home to Skyvalley Rovers B in Strokestown. We went behind 0v1 early in the game but the lads kept the head, didn't panic and created chance after chance....
Read More

Tips for Gym Fitness and Training in Ireland

Shoulder Pain- SERRATUS ANTERIOR PAIN Because the serratus anterior is largely hidden from view underneath the shoulder blade, it is remarkably easy for both patients and clinicians to forget about this vital muscle. It originates from the underside of the shoulder...
Read More

Plantar Heel Pain - PLANTAAR FASCITIIS - More Common Than You Would Expect Plantar Heel Pain or Plantaar Fascitis is a more common injury in sport than people think. It can be caused by the different surfaces that players and athletes train or play on like indoor or...
Read More

At the end of the course, I had to do written and a practical day course and practical exams, which I will mention later. As you can see the course was extensive but I really enjoyed the course and working at the club for games. I worked with Adam at training twice a week. We worked well as a medical team. On Saturday the 1st team games and 2nd team games were more or less at the same time but on Sundays, we would meet up at the club and he would tell me the injuries he treated at first-team games and what treatment was given to the player and I would do the same and we would discuss the injuries it was interesting learning from the book and all that but it’s the practical hands-on experience that is key. The way the course was I had to pass the theory exams to be able to go on and do the practical summary and exams. I passed the theory with flying colours and a few days later I got the date time and venue for the practicals assessment exam.  To my amazement and excitement, the practicals assessment exam was to be held at bath Rugby Clubs Stadium The Reck. We covered a lot of extra scenarios I met a lot of coaches and players and physios from Bath Rugby Club. With that, I passed the course. With that, I completed the course. I informed the club and gave the cert to the club.  Myself and Adam were the clubs, medical team. I was with the club for 2 seasons and moved back home to Ireland. After I passed the course I thought about it and I decided, Treating Sports Injuries is what I wanted to do as an career so I looked into other courses.

So the course I chose was Sports Therapy. While I was doing the course I was with clubs Roscommon Gaels u15s and minor hurlers as well as Manor Utd.
When I qualified with all distinctions a few months after that I started my Sports Injuries Clinic by appointment AR Sports Therapy Clinic. My main focus is on working with clubs and teams. Available to clubs for matches and training sessions or just training or just matches. For one game or a season. Something for all budgets. I also do Sports Therapy at charity events as well. The charity events I have done include:
– Cycle4causes
– My Canine Companion
– Inner City Helping the Homeless
– Irish Autism Action
– Coombe Hospital (neonatal unit)
– Join Our Boys 50km Cycle
– I am a volunteer with the Special Olympics
– Help Emma Beat It
– Child Aid Cycle

I was Team Sports First Therapist for Elizabethtown College FC from America. They were in Ireland for pre-season friendlies v UCD and Cabinteely. The organiser is in public relations and Elizabethtown didn’t bring their Physio so he found me on LinkedIn and asked me would I Do Sports Therapy for the team and I said yes and told him how much I charge for the 2 games. We agreed on the price. 1st game was V UCD in the UCD Bowl it ended level. The next game was V Cabinteely in Stradbroke, Cabinteely won. I enjoyed working with the team. Several months later I joined Ballaghadereen FC as 1st Team Sports therapist and Roscommon & District League Oscar Traynor Cup Team for a season.

“Aidan works with us on the Irish Diabetic Football team. I had a knee issue recently and Aidan was excellent in diagnosing the problem and providing the right treatment. .”

“I injured my knee mid year 2013. I've been to three different physical therapists, with AR Sports Therapy Clinic being the third. I have received the best care by far from this facility. My range of motion has increased and the pain has decreased. The therapists really know what to do and how to get you back on your feet (literally). Of course you must continue the recommended exercises on your own time, which helps during and after therapy. I recommend this facility.”

"I'm a total exercise novice, Aiden gave me some really practical and realistic tips. I've tried so many times over the years to adopt a fitness routine, but it's never really worked as no matter what I tried I always felt out of my depth and ended up quitting. His supportive treatment and advice have really encouraged me and I'm now finding my stride. highly recommended."

KINESIOLOGY TAPING FOR THE ATHLETE

It was a weekend course on taping techniques for various injuries. Kinesiology tape gives support, assists in recovery, pain relief and improved circulation

A 3 day course on all aspects of customer Service. Certified by QQI Awards
As per a previous Blog

I mentioned I was a member of the Roscommon Civil Defence and the level and quality of training are very high. All qualifications are certified by PHECC (Pre Hospital Emergency Care Council). To date my qualifications are as Follows:

START YOUR OWN BUSINESS COURSE

STRENGTH AND CONDITIONING
Certified by the FAI

Other teams I worked with are Boyle Celtic. We got to the FAI Junior Cup Semi Final where we were Defeated by Evergreen FC from Kilkenny. The game was in the Showgrounds,home of Sligo Rovers.

I was Team Sports Therapist for Athlone side St Peters FC we won The League, the Cup and the League Cup

I was Team Sports Therapist for the Ireland Senior 6 aside football squad. We went to Kiev to represent Ireland in the European Minifootball Championships.

For 2 seasons I have been 1st team Sports Therapist for Manor Utd FC.
1 season with the Ireland Diabetic Futsal Squad. We travelled to Kiev for the European DiaEuro Futsal Championships. We finished 7th out of 9 teams. It was the first Ireland team to play in the tourney

I was Team Sports Therapist for the Bohemiens girls u17s we were Runners up in the U17 WOMENS National league Shield Final. I am still at the club.

​Do Me a Favour and Support Me By: